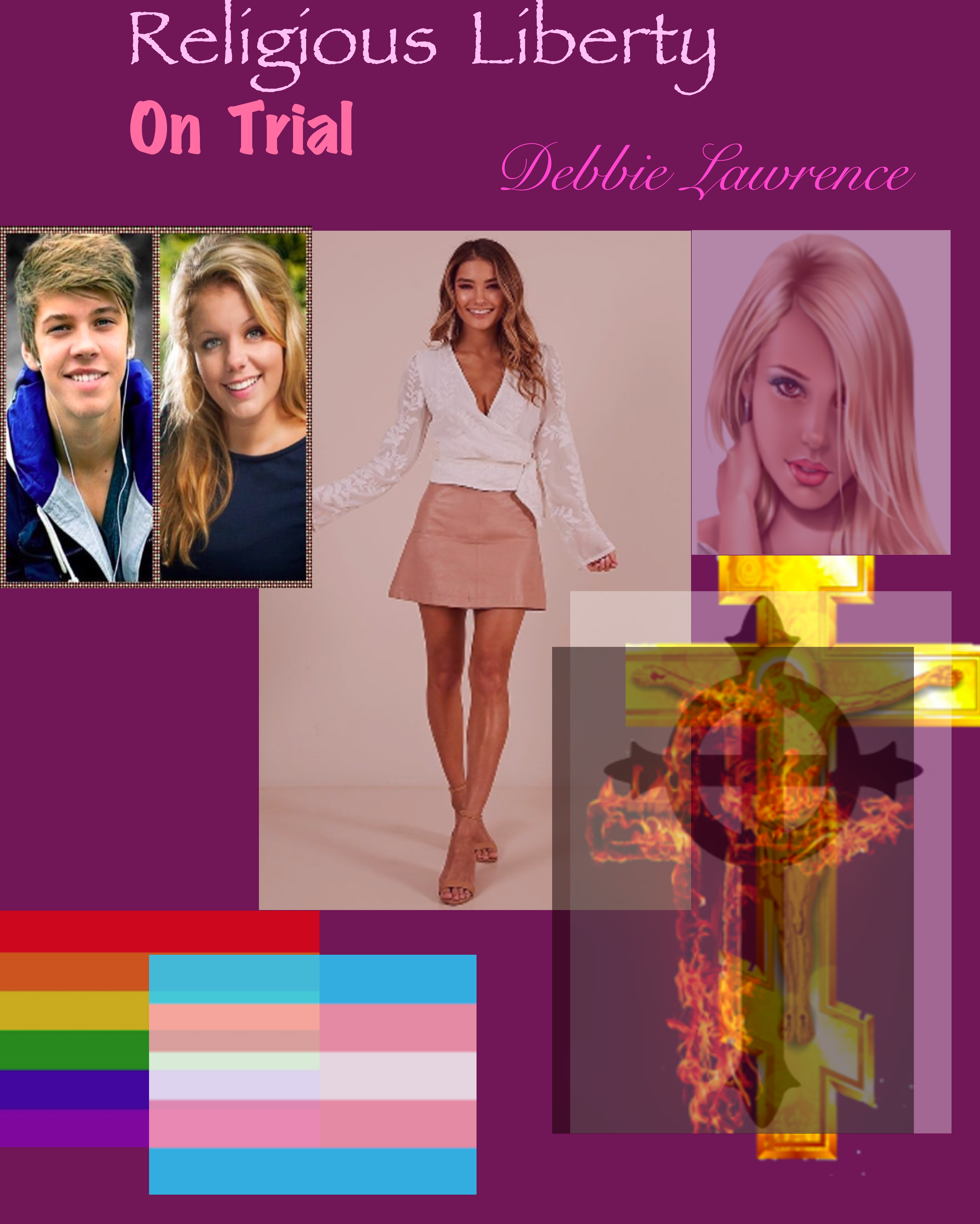 From Religious Liberty On Trial

Pastor Blair was sworn in.

"Pastor Blair, are you familiar with Elizabeth and Thomas Thompson?"

"Very good.  Now, can you tell me your church's position on homosexuals and transsexuals."

"We have a zero-tolerance policy.  Those who might be homosexuals are encouraged to repent, or they must suffer the consequences!  They are sinners and need to be punished!"

"Very interesting.  Is this limited only to members of your congregation?"

"Oh no, we cannot let this subversive homosexuality and perversion corrupt our children.  We try to put queers in their place whenever they are identified.  We want to make sure that they don't infect our children with their sinful ways."

"I see, so how do you put them in their place?"

"First, they are taunted verbally, then they are threatened verbally, if they don't heed the warnings, then we get progressively more violent.  Usually, that will get them to go into hiding, avoid our members, and keep their filthy little hands to themselves!"

"What is your position on transsexuals, sissies if you like?"

"Just a faggot in a dress.  Sissies are just little faggots who haven't learned to actively engage in sinful acts like oral sex and sodomy."

"What is your positions on lesbians?"

"If they're pretty and feminine, the Bible doesn't really say anything about them.  Many of the Kings of Israel had multiple wives.  Abraham had Hagar and Sarah, Jacob had Rachel and Rehab.  On the other hand, if they insist on dressing and acting like men, that's forbidden in Deuteronomy and we must treat them like faggots.  Faggots and Dykes are sodomites, the worst kind of sinners!"

"So you would have encouraged members of your congregation to engage in such persuasion when these sodomites were identified?  Would that have included Betsy and Tommy?"

Pastor Blair nodded "Yes, we encouraged ALL of our youth to try to persuade sodomites to turn away from their wickedness."

"So Tommy and Betsy, seeing Theodore as Tina would have naturally wanted to persuade him to turn away from his wickedness."

The Judge nodded "Counselor, you are very close to being in contempt of court.  One more slip like that, and you will be spending the night in a cell!"

The Defense lawyer nodded "Pastor Blair, excuse the interruption, could you please answer the question?"

"Yes, if they had seen that little faggot in a dress, they would have been duty bound to do whatever was necessary to persuade him to turn from his evil ways?"

"Even if that included violence?"

"Yes, even if that included violence!"

The prosecution got up.

"Pastor Blair, how big is your congregation?"

"Oh we have over 5,000 active members in our congregation, on Christmas and Easter, over 15,000 people come to worship in one of our 5 services on each of those days."

"My, it seems that Senator Thompson found a much larger base for his political campaign!"

"Do you recognize what I'm holding in my hand?"

"Oh yes, that's our membership roster.  We give them out to visitors and new members so that they can reach out to fellow members of the congregation."

"Yes, one of our detectives obtained it for us.  A member of your church."

"Wonderful, we welcome law enforcement and other civil servants as members of our congregation!"

"Really, how many members do you have who are politicians?"

"Oh we have at least a dozen members of city council, members of the state legislature, the Governor, the Senator of course, and a couple members of congress."

"I have here a list of the names of the members of your congregation who have been reported by school authorities for their acts of violence in the schools?  Can you see the total number at the bottom?"

"I have here a list of the victims of your soldiers for God.  Can you see the count?"

"Now, I'm going to ask you to count the names with asterisks after them."

The courtroom was silent as pastor counted.  "Looks like around 700 names - are those people in my church?"

"No Pastor Blair, those people are all deceased.  And by the way there are 732 names.  These people died in various ways.  300 committed suicide.  200 had mysterious accidents, and 200 died of internal injuries because of violent attacks.  ALL of them had been attacked 3or more times by your Soldiers of God!  Congratulations Pastor Blair, you have a higher score than a New York Mob Boss."

"You can’t blame me for those deaths!  I am a simple preacher."

"A preacher who inspires his followers to go out and violently attack innocent people whose only crime was to be feminine or to be attracted to men!  About half of those victims had told authorities that they were NOT gay."

The jury was beginning to squirm.  Even the gallery was visibly disturbed.

"Here are some pictures of just a few of the victims after they were attacked.  We didn't include the worst of them, because they were autopsy photos on open cases."

She handed him a stack of 100 photos.  The pastor got through half the pack before he couldn't look any more.  "What have I done?"

"No more questions at this time your honor?"

"Pastor Blair, did you force those people to attack the victims?"

"Did you threaten to hurt them if they didn't actively attack, or were you just exercising your right to free speech and preaching the principles of your religion?"

"Were you speaking as a preacher?"

"Were you teaching scriptures as you understood them?"

"Are you a pastor of a church?"

"No more questions your honor."

"Pastor Blair, your church is tax exempt is it not?"

"Yet you offered investors a share of the profits from a subdivision of that organization."

"If you mean Life Center, yes.  Those investors were paid back."

"But wasn't that only after the IRS ruled that if you paid anything to investors, you would lose your tax-exempt status?"

"Weren't you also facing charges of securities fraud as well?"

"Yes, that's why we had to pay back the investors."

"Pastor Blair, how many campaign rallies have you spoken to in the last 10 years?"

"I'd have to have my secretary check that."

"We already did that, you spoke at over 200 campaign rallies, including 30 rallies for Senator Thompson!  Why?"

"I spoke on behalf of Evangelical Christians who reflected the values of our ministry and our church?"

"Really, did the congregation vote on who you should speak for?"

"No, I made that choice myself!"

"Oh, so you used your personal power and influence, to direct the resources of the congregation to support the candidates that you personally considered worthy of your personal support."

"Yes, I exercised my right to free speech to support candidates that reflected my values!"

"Did that include their support of your Soldiers for God!"

"Did Senator Thompson support your activities?"

"Yes, he even gave us the names of several sodomites that needed to be persuaded."

"Really, did that include political candidates?"

"Yes, but they supported gay rights, women's rights, abortion, and integration.   They supported all forms of sodomy and depravity."

"So you had their son's attacked?"

"What are you talking about?"

"25 of the people on that list, were the sons of political opponents - they are ALL dead now."

"The jury and the gallery gasped."

"Seems that your opponents really need to be afraid of your FREE SPEECH.  They never know what you'll do to their children."

"No more questions your honor."